The polling triggers are easy. Whenever the LogicApp is enabled and its trigger is scheduled, it will poll the source for new messages.

The subscribing triggers, like CDS(Dataverse)- and SQL-triggers, are a little harder.

Those triggers has state and remembers where it left off, so if you disable the logic app and re-enable it, then it will trigger for all of the items it has not yet seen since the last time the trigger fired.

This can give you massive problems, if you disabled the LogicApp for the purpose of mass-updating eg. SQL rows without triggering the LogicApp.
END_OF_DOCUMENT_TOKEN_TO_BE_REPLACED

We have a solution, where we use DACPAC deploy in an Azure Devops pipeline to maintain the Azure SQL database.

Apart from the normal issues (like adding not-null columns), this works ok.

But recently, the Query Store ran full, without SQL-server deleting old plans (as it was configured to)

I therefore increased the “Max Size” of the Query Store which solved the problem, but some time later, the “Max Size” value was reverted back to its default value (a measly 100MB)

It turns out, it was the DACPAC deployment that overwrites this setting and constantly reverts it.

Here all the default values can be found, including 6 for the Query Store

It seems to be possible to avoid the DACPAC deployment to overwrite database-options as a whole.

Unchecking the “Deploy database properties” in the database project publish does not have any effect.

But here, they mention a “ScriptDatabaseOptions” which can be set to false when using a programmatic deploy using “DacServices“.

Checking the SqlPackage options (which can also be specified in an ‘Azure SQL Database deployment‘ task), this property is found

So, it should be enough to add this in the “Additional SqlPackage.exe Arguments” box in Azure Devops

To me, it does not make sense to have the deployment-task overwrite these kinds of settings – at least you would then need to plan your deployments appropriately – expecially “emergency” like deployments to update values.

As can be found several places, an Azure Function is not always deployed with all dependencies to Azure – apparantly because Microsoft has added a list of “standard” libraries/packages that should always be available on the Azure platform

This results in a nasty error

For instance here and here

The solution is to use the undocumented property _FunctionsSkipCleanOutput like this in the .csproj file

I my case, a used library System.Runtime.Caching was using the System.Configuration.ConfigurationManager library, and the latter was left out when deployed
This was on Microsoft.NET.Sdk.Functions (3.0.9)

How to deploy a LogicApp in a “Disabled” state

In the LogicApp ARM template, you can specify an optional “state” value

END_OF_DOCUMENT_TOKEN_TO_BE_REPLACED

During a recent migration between Azure tenants, I encountered the dreaded

error when I tried to publish an Azure Function to the new tenant. And quite correctly, the ‘bin’ folder does not exist.

My “Microsoft.NET.Sdk.Functions” Version was “1.0.24” and it worked for me to follow the advise below to change that to use version 1.0.26 (by editing the .csproj file directly)
I probably ought to have tried with the newest version of the SDK, but time constraints in the project did not allow that.

If you are using the “Logic Apps Management” solution in Azure Log Analytics to get an overview of the state of all your LogicApps, you may see that the solution-overview does not render. It simply seems to be trying to gather the data to show for eternity. This can also be seen, if you pin it to a dashboard 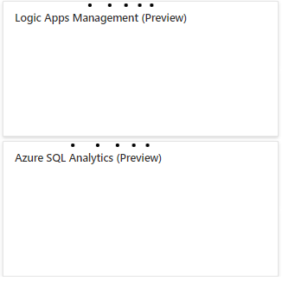 END_OF_DOCUMENT_TOKEN_TO_BE_REPLACED

When you only have access to one Azure directory, AzCLI and the Az Powershell module can figure out the Authentication itself, but if you have access to multiple directories on one user, you have to be more specific – especially if one of the directories uses MFA.
The typical “Get started” introductions does not cover this.

END_OF_DOCUMENT_TOKEN_TO_BE_REPLACED

Normally it is not a problem terminating the Logic App run by using a Terminate action. But when you are iterating over some kind of list using a “ForEach” action, you are suddenly not allowed to use a “Terminate” action anymore. And Logic Apps does not provide any other way to stop a Logic App run.

END_OF_DOCUMENT_TOKEN_TO_BE_REPLACED

From time to time (or what seems like VERY often), you might not get the option for selecting your Azure subscription/resourcegroup in Visual Studio Logic Apps Designer, when you open a Logic Apps project. This happes even when you are logged into an Azure account.